All in One + a Giveaway

I hope you all will stay with me through this lengthy post.  It has been quite awhile since I posted about any of my projects so I'm going to try to cram a lot into one post.

First up, the giveaway.  In honor of the Big-City Bags Sew Along Sara has generously offered to give one lucky reader a signed copy of her new book!  Just leave a comment at the end of this post and next Wednesday I will announce the winner.  The book was released yesterday so mine should be on the way.  I can't wait to get my hands on it!!!

Sorry in advance for the terrible photographs.  I will take some decent ones once the quilts are actually done and give them a proper post.

Next a few WIPs.  There is no way I could fit ALL of my WIPs into one post so I'll stick to the quilt tops that I have completed that just need binding and/or basting and quilting. 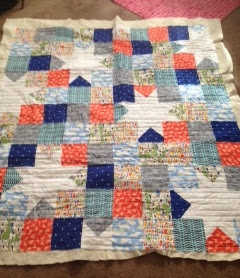 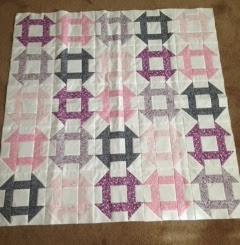 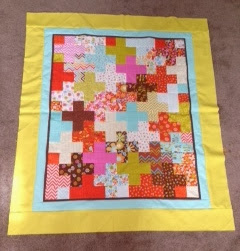 Just For Fun Plus Quilt using Wren & Friends.  I'm waiting for yardage to be released so I can buy enough for the backing. 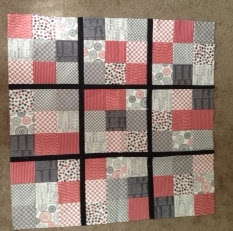 Reader's Choice Sudoku Quilt.  I haven't done a Reader's Choice post the last two months because I've been busy, but I do plan on restarting in December. 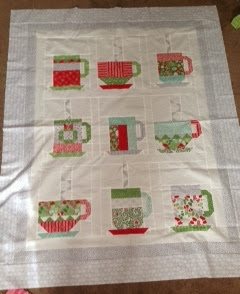 In From the Cold Quilt by Kate Spain.
Now a little bit of randomness: 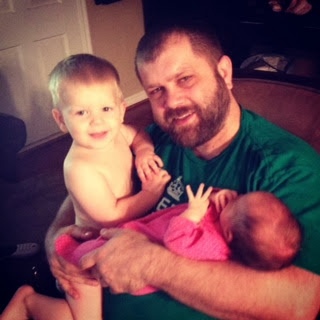 My little family :).  There has also been lots of cleaning in anticipation of the redecorating I plan on doing when I get some free time.
And last but not least a few finishes. 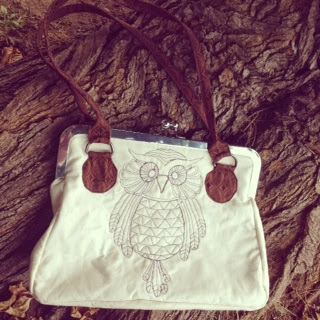 My Silver Cinema Bag (pattern by Sew Sweetness).  I drew the owl, traced it onto the fabric then free motion quilted over it.  I'm extremely pleased with how it turned out.  The pattern for this bag is great!  I had never used a metal frame like this and was a little leery but it was actually really easy and I definitely see more of these in my future. 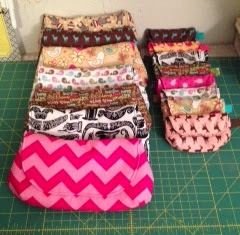 A few items that I've managed to get ready for upcoming craft shows.  I somehow managed to book myself for two shows on the same weekend.  One is a Friday/Saturday show and the other a Saturday/Sunday show.  Thankfully I have some great quilty friends that have agreed to help me out and man one of the booths for me on Saturday.  But that means I need enough inventory to stock both shows that day...EEEEKKKK!!!  I've got three weeks to get a LOT of stuff together! 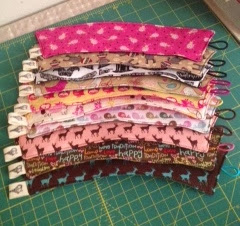 A few coffee sleeves for the shows. 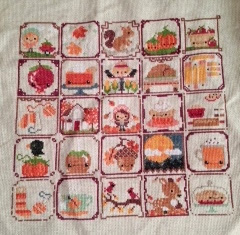 And I finally finished by Autumn Sampler.  It will hopefully be a pillow by the end of the day.  I have plans to make a Modern Maples Quilt to go with it but who knows when that will actually happen.  I've ordered the supplies for the two new samplers being released by Frosted Pumpkin Stitchery but while I'm waiting for them to arrive I will try to get caught up on my Woodland Sampler.
If you've made it this far, I'd like to say thanks for sticking with me!  Our computer is old, slow, and diseased so posts may be few and far between until Christmas-ish, when hopefully I will get a new one.
Linking up with WIP Wednesday, Needle and Thread Thursday, and Really Random Thursday.
Posted by Angela Bullard at 11:15 AM