I actually managed to get my item done well ahead of time for the link up then totally forgot about it.  I did give it a quick mention in a TGIFF post a couple of weeks ago but thought it was deserving of its very own post. 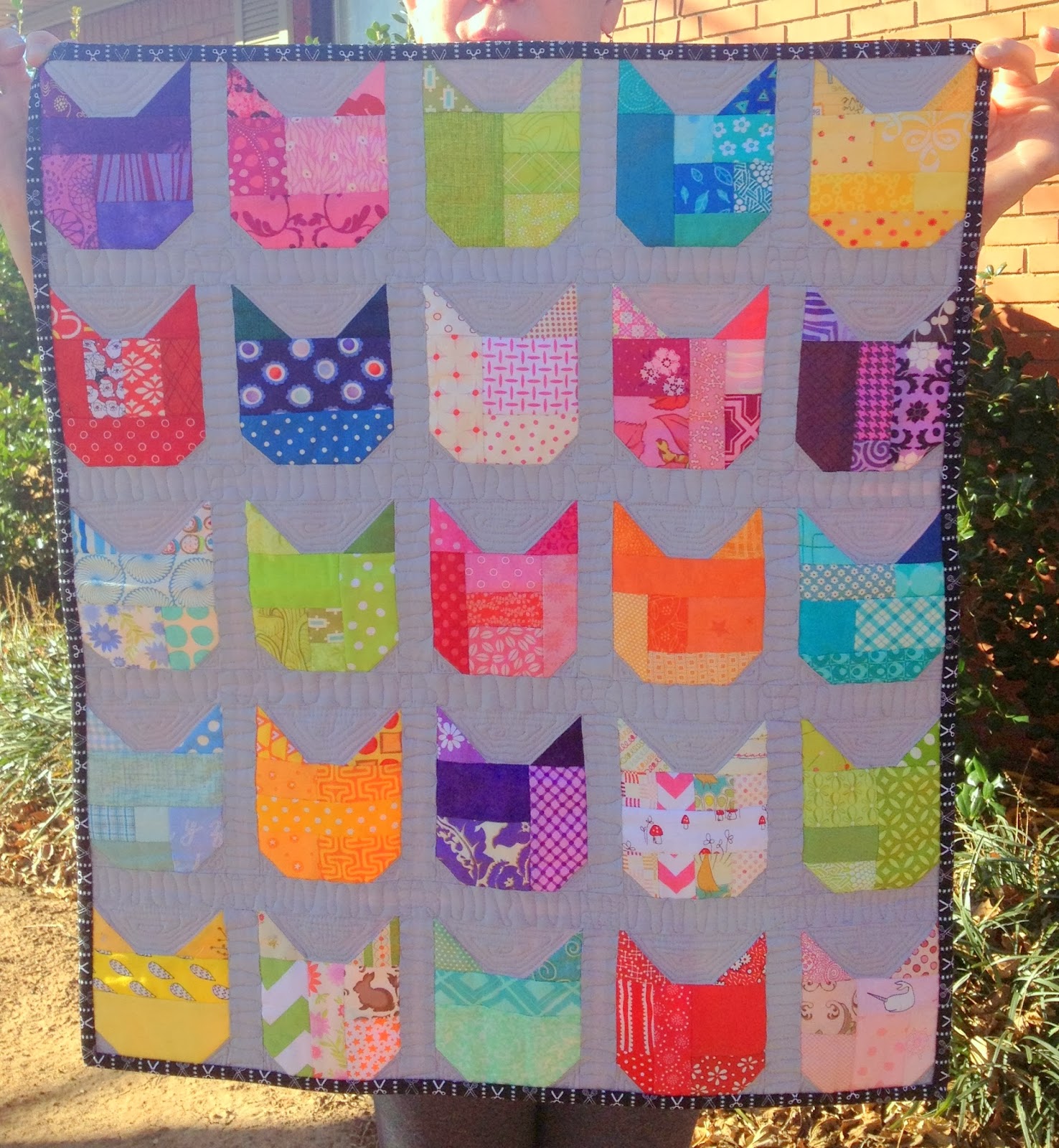 After seeing all of the cute Cat Quilts popping up on Instagram (pattern and QAL hosted by O' Fransson) at the end of December I just had to join in.  I was pretty good about staying caught up on the blocks but decided to make it my ALYOF January project to make sure it didn't get put on the back burner like so many of my projects.  In hind sight, I wish I would have added a border around the edges so that the binding isn't directly on top of the cats but since I plan on making another one before too long I'll just chalk it up to lesson learned :).  I decided to make it completely from scraps.  Some of which came from scraps bags that were bought/swapped and were not my usual style but they blend in well I think.  I also used this mini quilt as an excuse to try out a new free motion quilting pattern.  I just used fairly tight rounded zig-zags (I know there is actually a name for this but I have no idea what it is-feel free to leave a comment lettering me know ;P).  I left the cats unquilted which caused them to puff up a bit--and turned out to be my favorite part.  I debated about what to use for the binding but in the end felt the quilt needed a dark "frame".  The black binding has little scissors on it!!

Linking up to ALYOF and off to find my project for next month :)

Posted by Angela Bullard at 8:28 AM