Styling My Out & About Dress

This is a photo heavy post.  And as an extra warning, all of the photos are of me :)
When Sew Caroline released the tutorial for making her sleeveless Out & About Dress I couldn't wait to get started!  No, I literally couldn't wait.  I decided instead of waiting until I had access to a printer so I could get the armhole interfacing I would just wing it.  That seems to a reoccurring theme for me these days.  So instead of using a facing on the armholes, I simply turned the fabric under 1/2" then another 1/2" to hide any raw edges.  On this version I also took one inch off of the width of the skirt pattern piece and 2" off of the length. By taking a couple of inches off of the circumference of the skirt, I hoped to reduce the bulk a tiny bit.  And I thought the shorter version might be a bit more flattering and make my legs look longer or something.  A girl can dream right?!  Speaking of legs...I need a tan in a bad way!!!
The fabric is one of many I just ordered from Girl Charlee.
After making my dress I headed to Target (who I am in no way affiliated with).  I knew I wanted a jacket of some sort since it's still a little chilly out in Oklahoma and also because my "just wing it version of the armholes" were not that successful and gaped.
This is actually a jacket I had at my house.  It was long forgotten in the back of the closet since it hasn't been worn since before pregnancy #1.  Hubby liked it, but I thought it was a little bulky for what I had in mind.  Also, don't mind the shoes.  They too have seen better days.

The jacket kind of cut me off in a non-flattering way.

Here it is with no accessories. 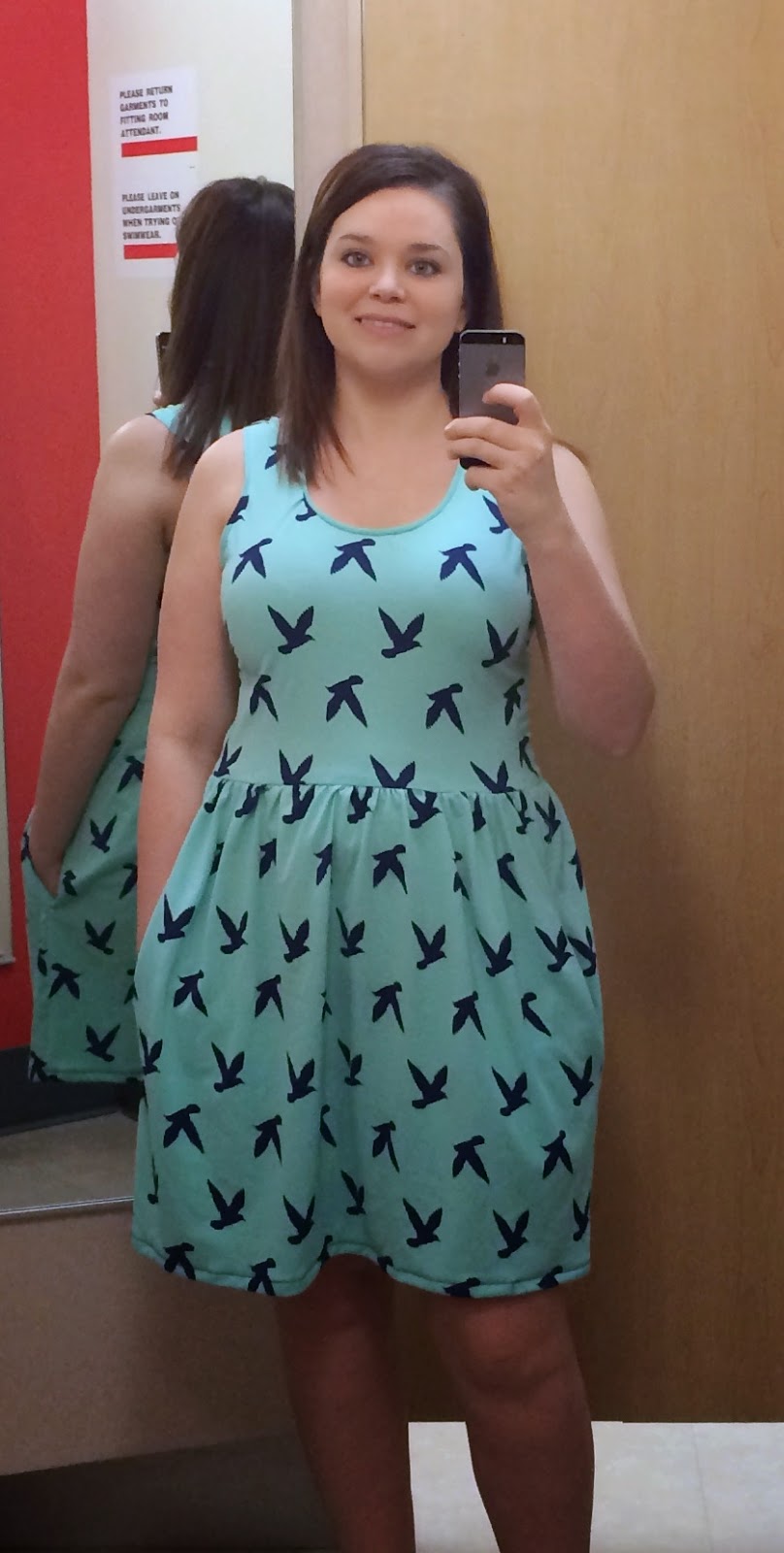 Gotta love that it has pockets!!!

Cardigan option #1.  I really thought I was going to like this one.  It was exactly what I had in mind when I went shopping.  Which is why it's good to try on more than one thing even if it's not normally your style.

You'll never guess where my headband came from.  The BABY section.  I looked in the women's hair accessory department and didn't find anything I liked and they were all $5.  I happened to check the baby department and found a three pack for $5.  I felt kind of silly when I tried it on since I knew there was no way it would fit, but it does!  And it's more comfortable than a normal headband since the ends hit in a better spot behind my ears and don't hurt.  WIN, WIN!!! 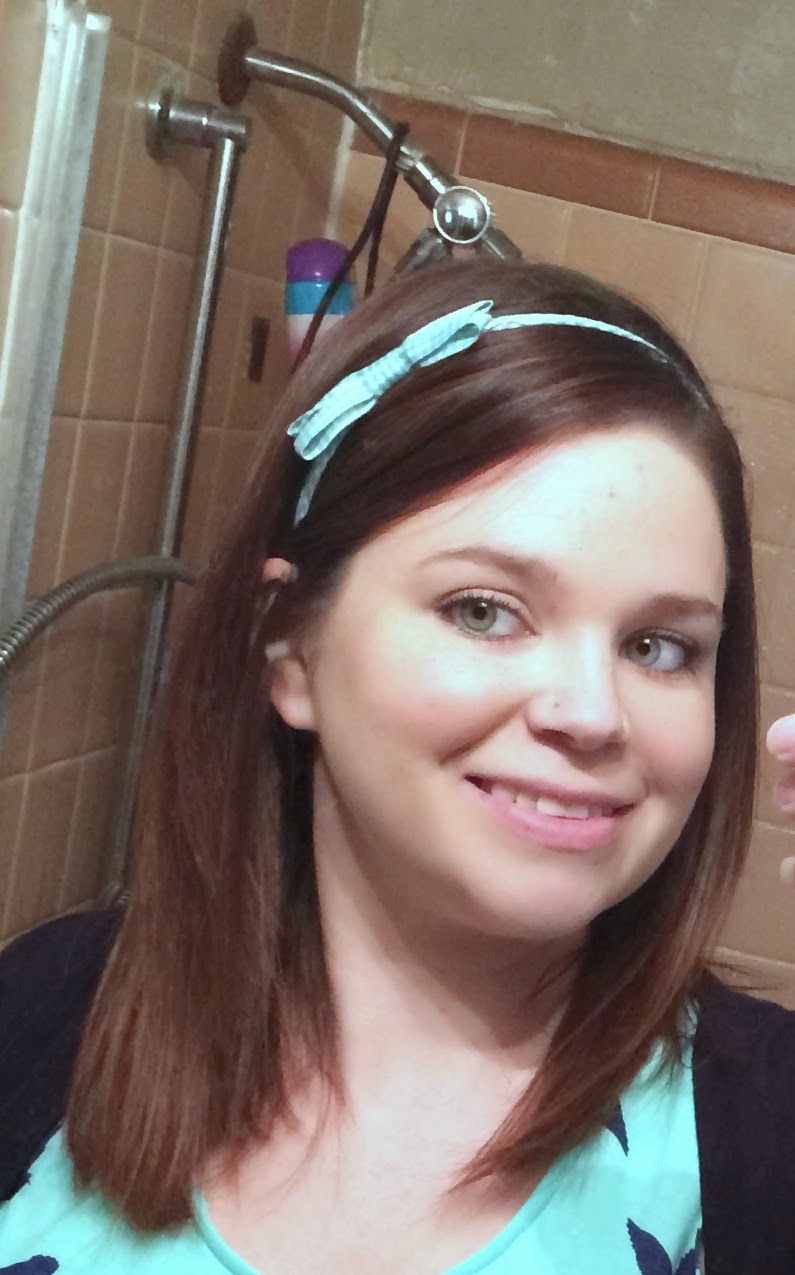 Wish I had thought to close the shower curtain.  Oops!
And now since you've all been so patient...


My final outfit.  A boyfriend cardigan that can button up the front in navy, a navy skinny belt, a headband, and a pair of boots that I already had.  All accessories (including the boots) are from Target.  I absolutely love my final look and feel great in it too, which with my post partum body is not something I have said in a long time! 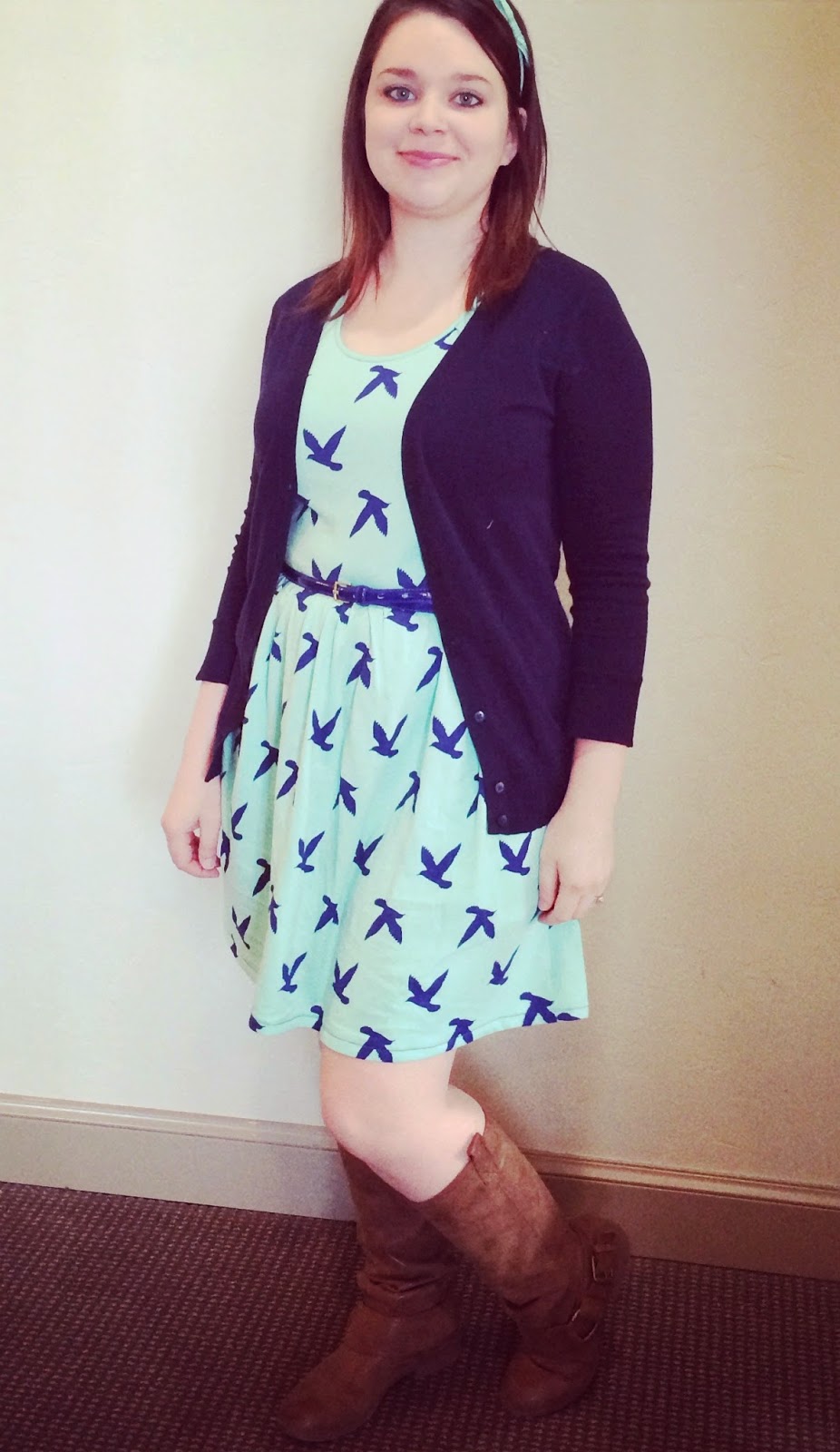 Posted by Angela Bullard at 5:00 AM