That's what one of my fellow quilters told me at sew day last Wednesday.  And it's great advice!  I've been debating whether to work on how to tackle my numerous WIPs--work on one until it's completely finished, or do a little on each one until they are all done?  I still haven't figured out a good answer but I did decide that since I am only current on one of my BOMs I should at least try to whip up the June block for it :)


And here it is, the June block for the Sugar Club BOM 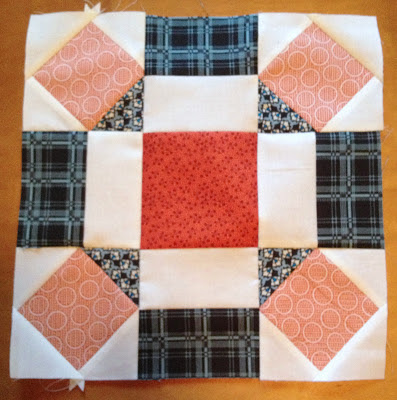 In an attempt lower my number of WIPs, I pulled out the Dancing Stars quilt I started on last year.  I think I'm up to 8 blocks now.  I only plan on making it baby size so about 22 more to go, I think... 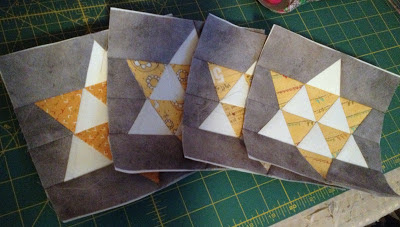 One more thing to cross off of my list is the custom order toddler bedding set.  It is finished!  I also saw this photo shoot as a great opportunity to convert Squeak to a big boy bed.  My convert I mean that I took the mattress out of the crib and put it on the ground :).  Now Little Miss can have his old crib until she gets her own.  Btw, did I mention that we weaned Squeak from the bottle?!  Not nearly as bad as I thought it would be... 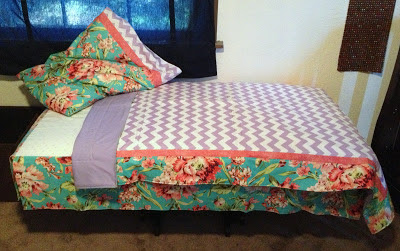 And speaking of Little Miss, here is her first Mommy made outfit.  I bought the onesie new from Goodwill and the iron on from Joann's (25 cents!).  The pink fabrics and ribbon were already in my stash and she now has a cute little onesie with a drawstring skirt :)  Now I just have to tackle bow making (ugh!) and maybe make some shoes... 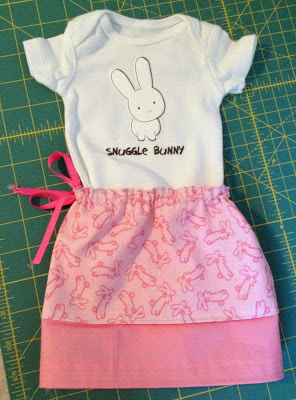 I signed up a while back to do some pattern testing for a couple of people.  A little over a week ago, within minutes of each other, I got e-mails from two of those people.  And thanks to a quick response time (not a lot to do when your hunkered down in a storm shelter with 5 other people) I got first pick from both of them.  This is the one I tested from Kristy over at Quiet Play.  Way cute!  It should be up in her Craftsy shop soon!  I can't share my other one just yet. 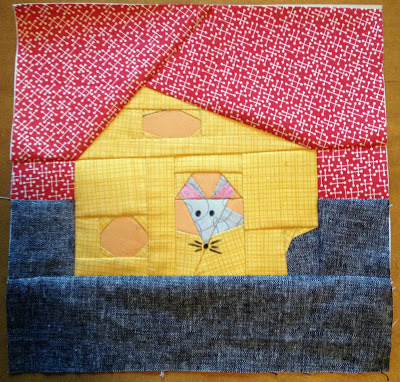 I already posted about my paper pieced block for the tornado victims in Oklahoma but I decided to make it into a mini quilt and use it as my entry into the Modern Mini Quilt Challenge.  I will be dedicating an entire post to it later this week but for now here are a couple of photos. 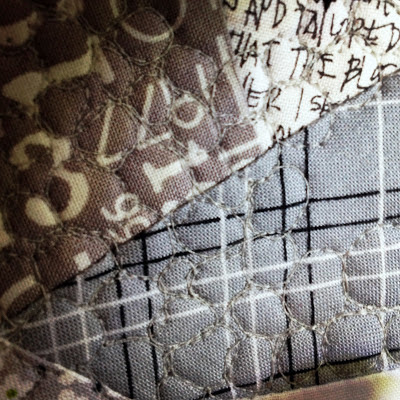 (a close up of my first attempt at pebbling.  I actually feel pretty comfortable with it now.)


And a picture of the finished project. 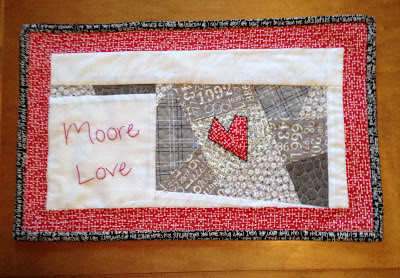 And just because I did so good by working on all of those long forgotten projects, I allowed myself to get started on the first block of my new Christmas quilt.  This was my first real attempt at applique and it wasn't nearly as hard as I had built it up to be in my head.  I still have to stitch around everything, but for now I'm very pleased! 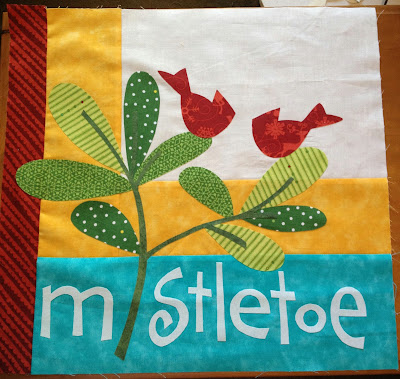 I'll leave you with a cute parting shot :P--this is what I came home to after sew day on Wednesday (apparently Hubby thought Squeak's diaper rash needed a little air and he was asleep before he knew it). 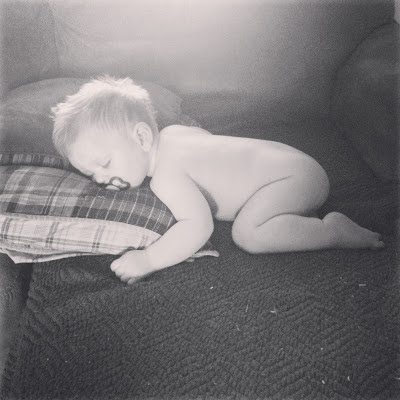 I may be a little quiet for the next couple of weeks as we will be out of town for awhile.  I will be trying to get caught up on my cross stitch samplers while we're away (yay!)

In the mean time, linking up with BOMs Away Monday and Let's Get Acquainted.