As for machine sewing: 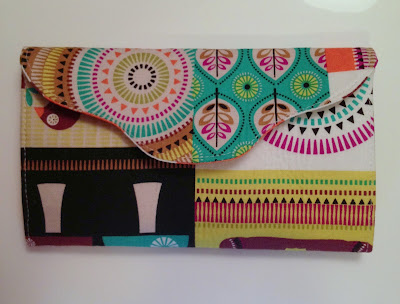 I finally tackled the custom order wallet.  The customer picked this print from an ad on Etsy and when I received it I realized that the scale of the print listed in the ad was WAY off.  I did my best to make it work but I'm sending her pictures today to see what she thinks. 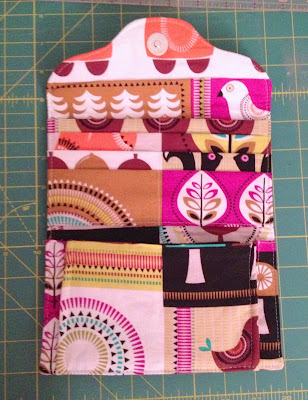 The inside has two envelope pockets, an accordion pocket, a zip pocket and six card slots.  It was my first attempt at doing the zippered pocket using this pattern and the pattern left a lot to be desired.  I had to "jimmy rig" it in a couple of spots due to faulty cutting directions.  But you'd never know unless I told you ;) 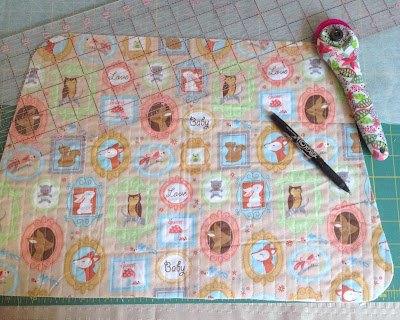 Next up on my list was one of the newest patterns I've signed up to test for Sew Sweetness.  She asked for testers for two new patterns last week and I managed to get them both!  I'm waiting on supplies for one but in the meantime I figured I'd get started on the other one.  This is the quilted main exterior panel.  I had originally planned to do a quilt as you go style exterior for this bag but when I saw this cute print at JoAnn's Friday I couldn't resist (and it is for a diaper bag...).  The bag is now only waiting for me to bind the exposed interior seams (ugh, more hand sewing!!!). 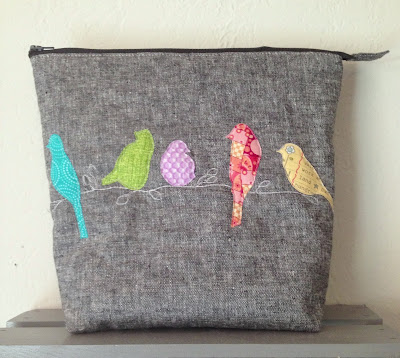 And last but definitely not least, a new pouch for ME!  This pouch was made using the Noodlehead tutorial and was inspired by this one over at Missy Mac Creations.  When I left a comment asking where she had come up with her templates she was nice enough to e-mail me the pdf so I could make my own.  I can't decide which I like better, hers or mine.  But I definitely see myself making more of these in the future so THANK YOU Erin for the template and inspiration!!!

Be sure and check back tomorrow to see my first Readers Choice post where I show you a stack of fabric (or scraps) and YOU pick the project I should make with them :)

Linking up with Free Motion Tuesday, Fabric Tuesday, and Sew Cute Tuesday.
Posted by Angela Bullard at 5:53 AM