I Had an Idea

First up, two WIPs that I will hopefully be crossing off of my list this afternoon 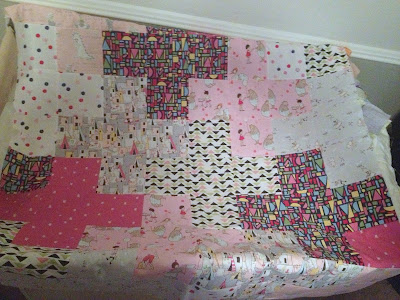 First is my Plus Quilt for Little Miss.  It is ready to be basted! 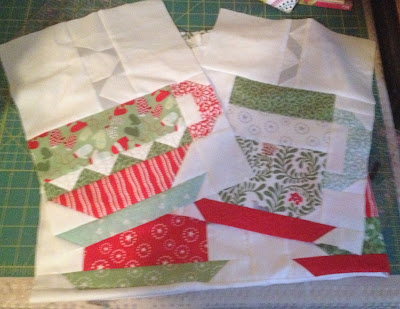 And second, my In From the Cold Quilt.  I have one more block to piece then I can add the borders (I've been doing the sashing as I go).

I've also got a bunch of other WIPs hanging around, but these are my two priorities at the moment.  A different type of WIP...

Hubby is trying to get the backyard Squeak proof. 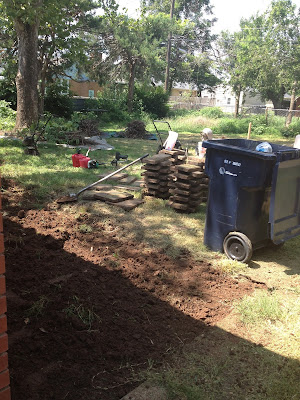 It's not there yet, but he's made pretty good progress.  Due to a neighbor's dog and a chain link fence, we're having to add another small fence a couple of feet inside the existing one. 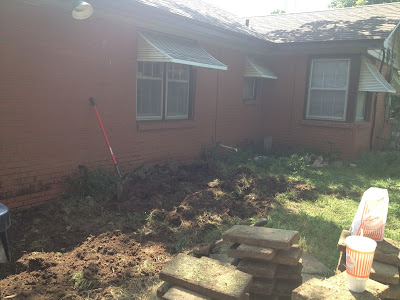 And we figured while we're at it, why not redo the patio so we can actually use it?!  I also have a semi-plan to add a small vegetable garden in the area between the two fences since it would be safe from babies and dogs.

Now, on to my idea.  I'm not sure if it's idiotic or kind of fun.  While I was trying to organize this mess last night 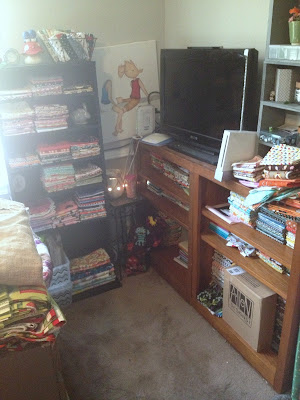 I realized that I buy fabric with no idea of what project it will be used for.  I then hold onto it for months (or let's be real...years) waiting for inspiration to strike.  Anyone else have this problem?

What if I started a new challenge/linky party called Reader's Choice?  I'm still working out all of the details but basically I would show a picture of the fabric I have and tell you how much I have and let the readers leave suggestions of what I should make in the comments.  And I'm talking about specific suggestions.  For example, instead of just saying you would like to see a quilt, tell me you'd like to see a Swoon Quilt or instead of bag or purse tell me you'd like to see me use the fabrics to make a patchwork Super Tote from Noodlehead.  Then at the end of the week I would randomly pick one comment and actually make the item suggested.  Some months would be a fat quarter bundle that would be made into a quilt, other months I might have a bag of scraps that someone thinks should be turned into a scrappy potholder.  If nothing else it would challenge us to be creative and think outside our normal box.

And the best part?  You all could join in the fun with me by linking up with your selected fabrics at the beginning of the month and again with the finished project at the end.  There may be someone out there doing something similar but I've not stumbled across it yet.  And projects don't have to be limited to sewing.  Any type of crafty project is welcome to be linked up.  Maybe you have some old embroidery projects that you don't know what to do with (I know I do!).  Let someone else make the decision for you.  Maybe I could even scrounge up a small giveaway item for those who link up both times during the month...

Let me know if this sounds like something you might be interested in or if you have any suggestions about how to make it work better!

Linking up with WIP Wednesday.