Several finishes that I've been waiting to photograph are finally ready.


This quilt is my oldest WIP and the second quilt top that I ever started.  It was also my first time using designer fabric.  The quilt top has minimal quilting due to the fact that my piecing wasn't as accurate as I would have liked (understatement!).  The fabric does pucker a little where the quilting lines meet.  All in all though it is a fun quilt and is already being used in our living room along with the Boo Crew Quilt. 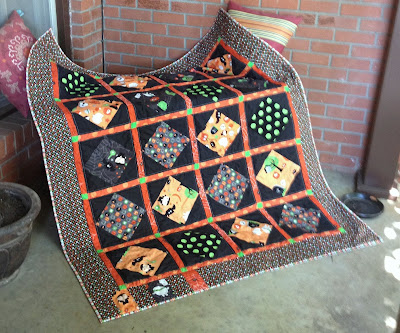 A better shot of some of the cute prints :) 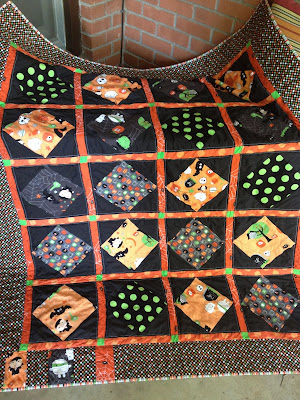 And the back...which is what caused this quilt to sit unfinished for so long.  I was trying to do a semi log cabin pattern on the back when I first started but after pulling it out of the closet a year later, I just started sewing stuff together randomly to get it finished.  I kind of like how it turned out though! 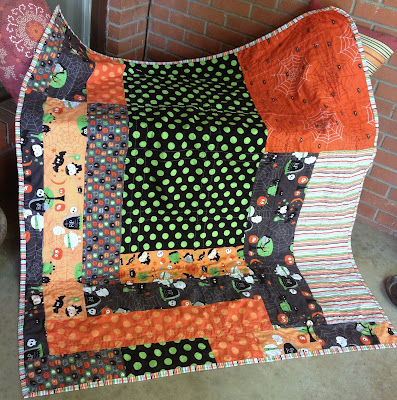 This is the first quilt I've finished for Little Miss.  It is just the panel from Sarah Jane's Children at Play line with two borders sewed onto either side.  Simple, but fun! 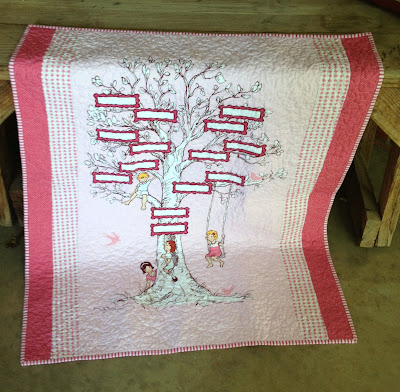 I had a blond moment when I washed it after marking the names with a Frixon pen (doh!).  So they will have to be put on and actually embroidered before it is truelly finished. 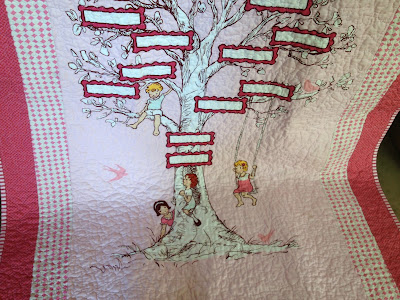 This was my first time free motion quilting a whole quilt (even though it's crib size it still counts, right?).  I just used a medium sized stipple on the whole thing.  Not too bad.  My shoulders were very sore and it took forever but I like the texture. 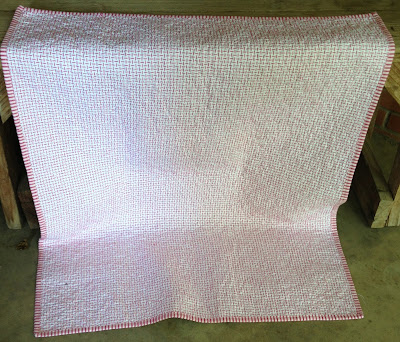 This is a cheater panel kit that I picked up on Clearance at Joann's a while back.  Again, very simple quilting.  I am tempted to add a bit of embroidery around the first letter of each animal but I'm not sure I'm that ambitious at the moment. 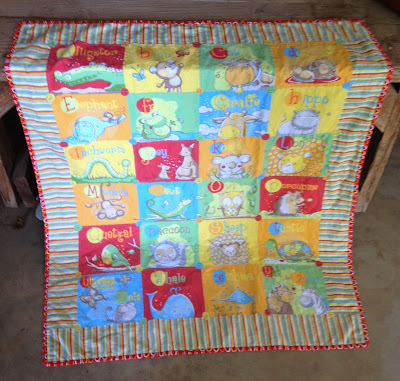 The back is a soft, snuggly flannel. 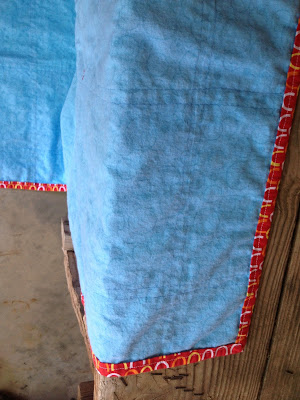 I have another quilt cut and ready to piece and one more just waiting on binding that will hopefully be finished this weekend.  Linking up to TGIFF!
Posted by Angela Bullard at 5:52 AM