Where Did the Weekend Go?

I really don't feel like I accomplished much this weekend, but my photos say otherwise...


I will warn you now that there are a lot of photos in this post.  Most of them are sewing related.  Some are just cute :)


We started out our Saturday morning with a trip to the zoo.  Squeak discovered he loves wearing his sunglasses.  And we both discovered some great things about the zoo that we didn't know.  Like that they have a little water play area in the children's zoo and a river for them to play in as well.  We still haven't been able to go in and pet the goats due to my current state :/ but someday soon we will!  Squeak did get a little overexcited and managed to fall headfirst into a cement bench.  The EMT checked him out, declared him ok and he recovered quickly! 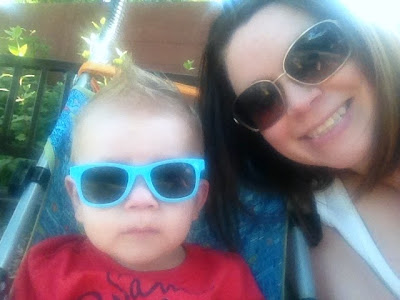 His favorite animals seemed to be the gorillas :P 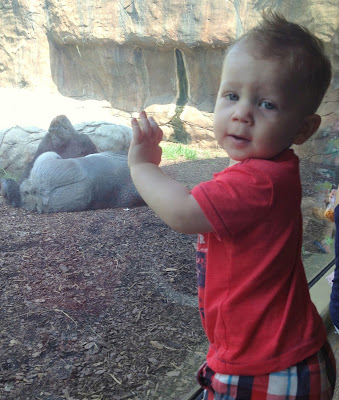 Then it was off to meet up with PawPaw.  His last two visits weren't exactly great as Squeak went into stranger danger mode and ran away and hid the entire time he was here...but this time was entirely different!  He was in a great, social mood. 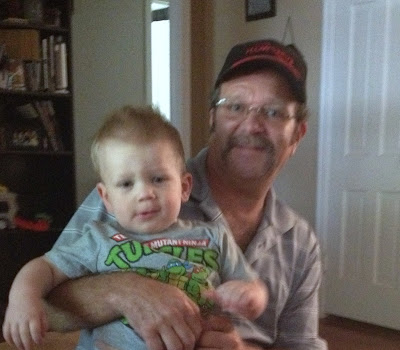 Saturday night I went to work on my HoHoHo Quilt.  This is the second block for it and my second attempt at applique.  If I hadn't run out of Heat n' Bond I probably would have kept working on it but since I did run out... 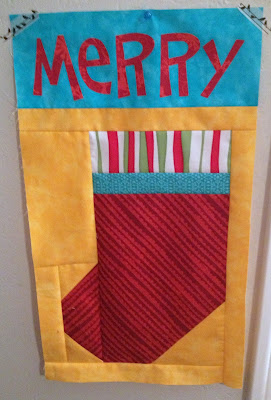 I decided to pull out some really old small items that only needed buttons attached to be considered finished.
Tada!  I also finished up two zippered pouches that I forgot to photograph...whoops! 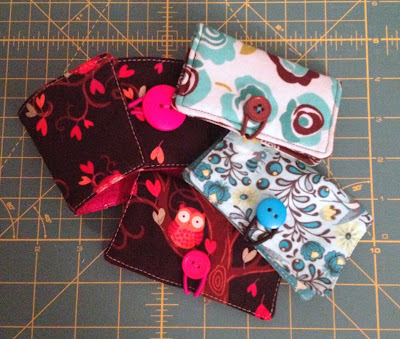 Sunday afternoon I remembered that Squeak would be needing a backpack to hold an extra change of clothes for his "school".  I figured it was the perfect way to use up some of my S'More Love scraps.  Still soooo much of this jelly roll left!  I did a simple drawstring tote and since it had to have his name on it I just used my free motion foot to outline the letters.  They don't stand out quite as much as I had hoped but it'll work. 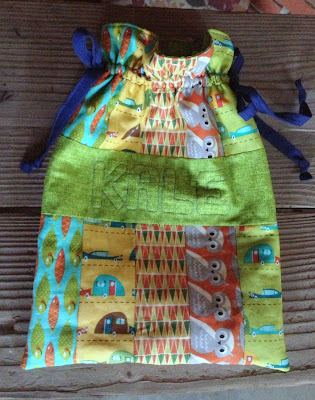 Then it was on to my latest Sugar Club block.  After making this one I realized that I have either lost one or missed a month somewhere. 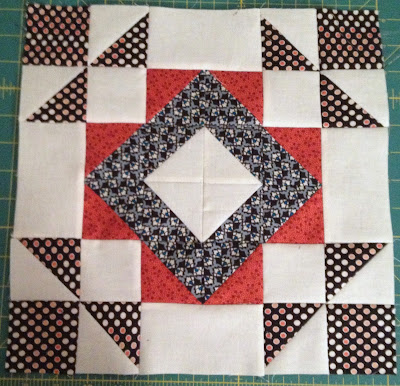 Here are all of the ones I could find.  I'm loving the say they are looking together! 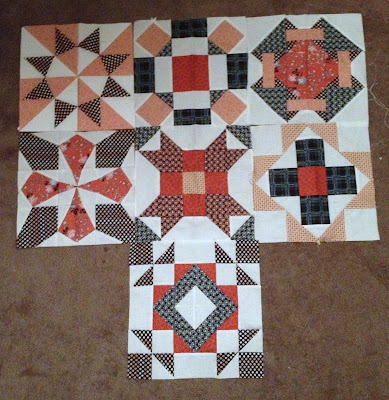 And a finish from about a week ago that I can show off.  Sara from Sew Sweetness has released her newest set of patterns and we usual, they are wonderful!  This pattern contains templates and instructions for two different styles of lunch bags as well as two different sizes of zippered snack pouches.


I wanted an excuse to use some of the cute prints in my stash that I've had for a while so I went with patchwork (what a shocker, huh?!).  I did have to buy the PUL fabric for the lining and the zippers.  I even used the Insul Fleece like the pattern called for to help the food retain its heat/chill. 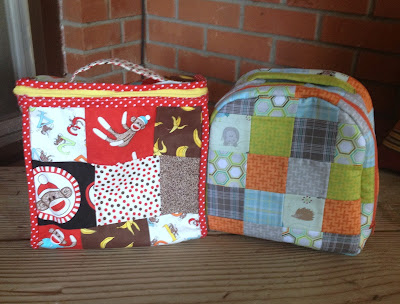 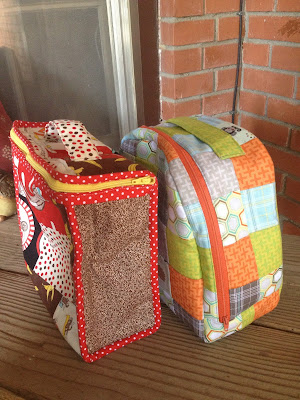 And the tops.  My first time incorporating a selvage!  Truth...I actually just cut the main panel about 1/2" too short and needed a quick fix :)  But I'm so glad that it worked out this way! 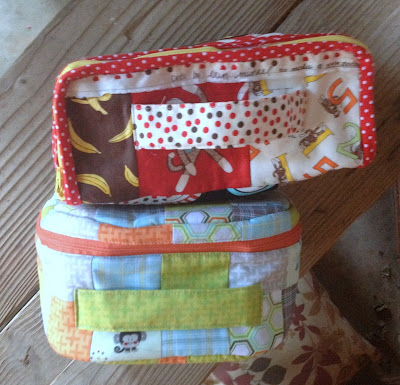 I only had a fat quarter of the green print to use on the back of the rounded bag so I had to add a thin strip of orange to make it big enough. 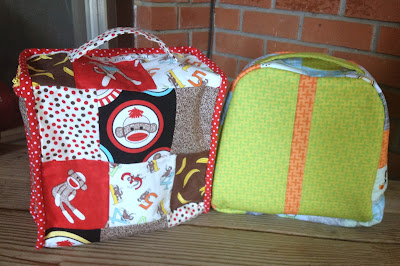 And the insides.  Not the prettiest but who's going to see them?  I did leave the seams exposed in my rounded version.  The pattern has you cover them with a binding but it was late and I was trying to get them finished up.  I didn't get around to making the snack bags :( but I still plan to since I have plenty of supplies left. 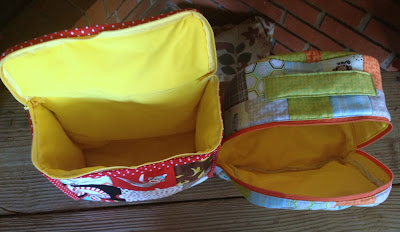 I will leave you with one tip about working with PUL.  It is horrible--stretchy and difficult to work with.  I suggest that before you baste it on the machine you actually spray baste with some 505 to keep it from stretching as much.  I did that on the second lunch bag (the square version) and it was sooooo much easier to work with.


If you've made it this far, I'd like to direct your attention to Rachael Rabbit's blog post about her I Spy Charity Quilts.   Rachael is asking for 4" fussy cut squares to complete her two charity quilts.  And let's be real, who doesn't have a couple of fabrics that are perfect for fussy cutting that they can't spare a small scrap of?!  Please comment on her post so she can send you her contact information and get these quilts underway.

Hope everyone is having a great start to their week!


Joining in over at BOMs Away Monday, Design Wall Monday, Building Block Tuesday, Fabric Tuesday, and Linky Tuesday.
Posted by Angela Bullard at 5:50 AM