My First Friday Night Sew In

I'm a little late with this post, but it was a crazy weekend. I worked all of Friday night but don't feel like I accomplished much. I waited until the last minute to start prepping for my craft show that is THIS FRIDAY AND SATURDAY!!! At one point I had a ton of inventory to take...then I sent some to Crafted and some sold through my Etsy shop. And while I planned on making more I got distracted by all of the things I was seeing in Blogland. Instead of working on replenishing my stock I started quilting and following in sew alongs (don't get me wrong, I love these, but I should have prioritized a little better). Now at the last minute I'm scrambling to do things. First thing on my list was a sign. At all of the craft shows that I've done I've never had a proper sign - if I've had one at all. With my new found love of quilting and paper piecing I thought that would be perfect. I found an alphabet I liked at Paper Panache. It arrived quickly and I got to work on it this weekend. 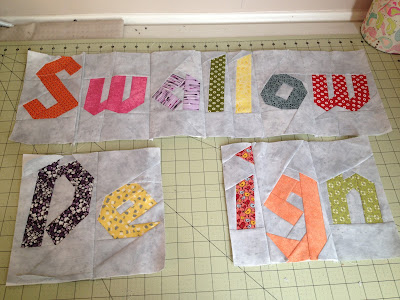 When paper piecing you need to remember that the letters are flipped so be extra careful when enlarging and making copies of letters like s...you may just end up with some z's. 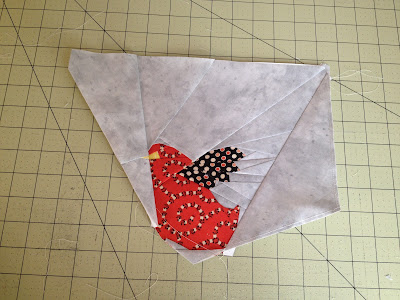 I also designed my own paper pieced pattern for my shop logo. I haven't finished it yet but so far it doesn't look too bad.  Not too shabby for my first time participating in the Friday Night Sew In. 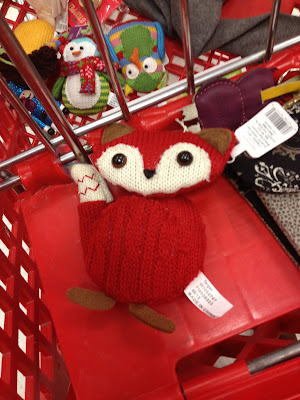 I found this adorable little guy in the ornament department at Target.  After seeing the Fox Softie Contest that is going on at Sew to Speak I have been thinking of entering.  I actually have several ideas and she might get a box full :). 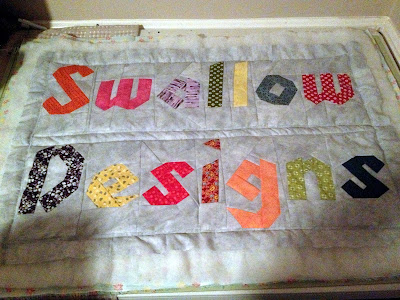 After another trip to the copy store and a bit of sewing an quilting my sign looks like this.  I will be adding more quilting (some of it by hand, eek!) and a scrappy binding, most of which thankfully can be done while I'm on the road this week.
One of the first blogs I started following was Stitched in Color. She has some amazing posts on her craft show experience and I have taken inspiration from the set up of her booth. I would love to make my own version of her scrappy background but don't think I will have enough time. Maybe for the next one... 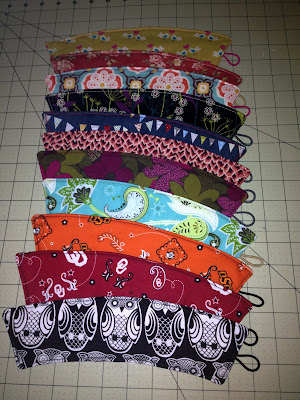 I also received an e-mail from Crafted requesting more of my Coffee Sleeves. I guess they were a big hit and have almost sold out. I have several new ones sewed and just waiting on buttons. 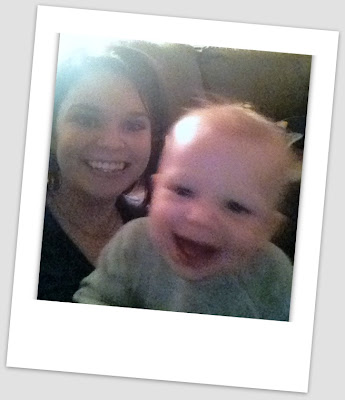 And an adorable picture of my little helper.
I am also linking up to Handmade Monday and Linky Tuesday for the first time.
Posted by Angela Bullard at 5:53 AM