It's Time to Vote

The time has arrived (I can't say I've been anxiously awaiting it because I actually though it was a random winner, oops!)...to vote on the Travellin PicStitch Projects. You can cast your vote here. I know I won't win but I had a wonderful time participating so please head over and check out all of the projects and vote for your favorite. 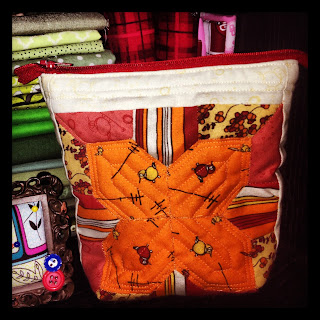 It's time to meet Francine.  She is currently on her way to Ohio to compete in the Fox Softie Pageant.  I have made up a whole story about Francine but I won't bore you with the details. 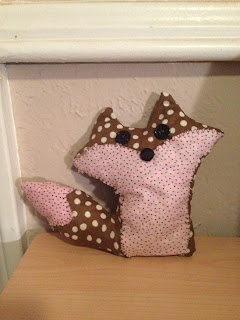 Since lots of the comments left in the last few days have said they enjoy seeing failures as well as finishes, I though I would give you a peek at Frankie.  Frankie was my original fox softie.  I was going for a bit of a distressed, rustic look with him (raw, fraying edges and all) but I think I took it too far and now he just looks sloppy.  For some reason I can't bear to throw him away... 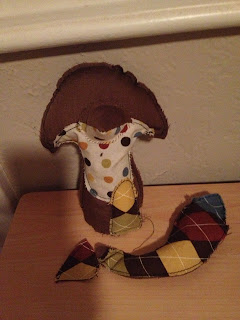 Posted by Angela Bullard at 7:01 AM